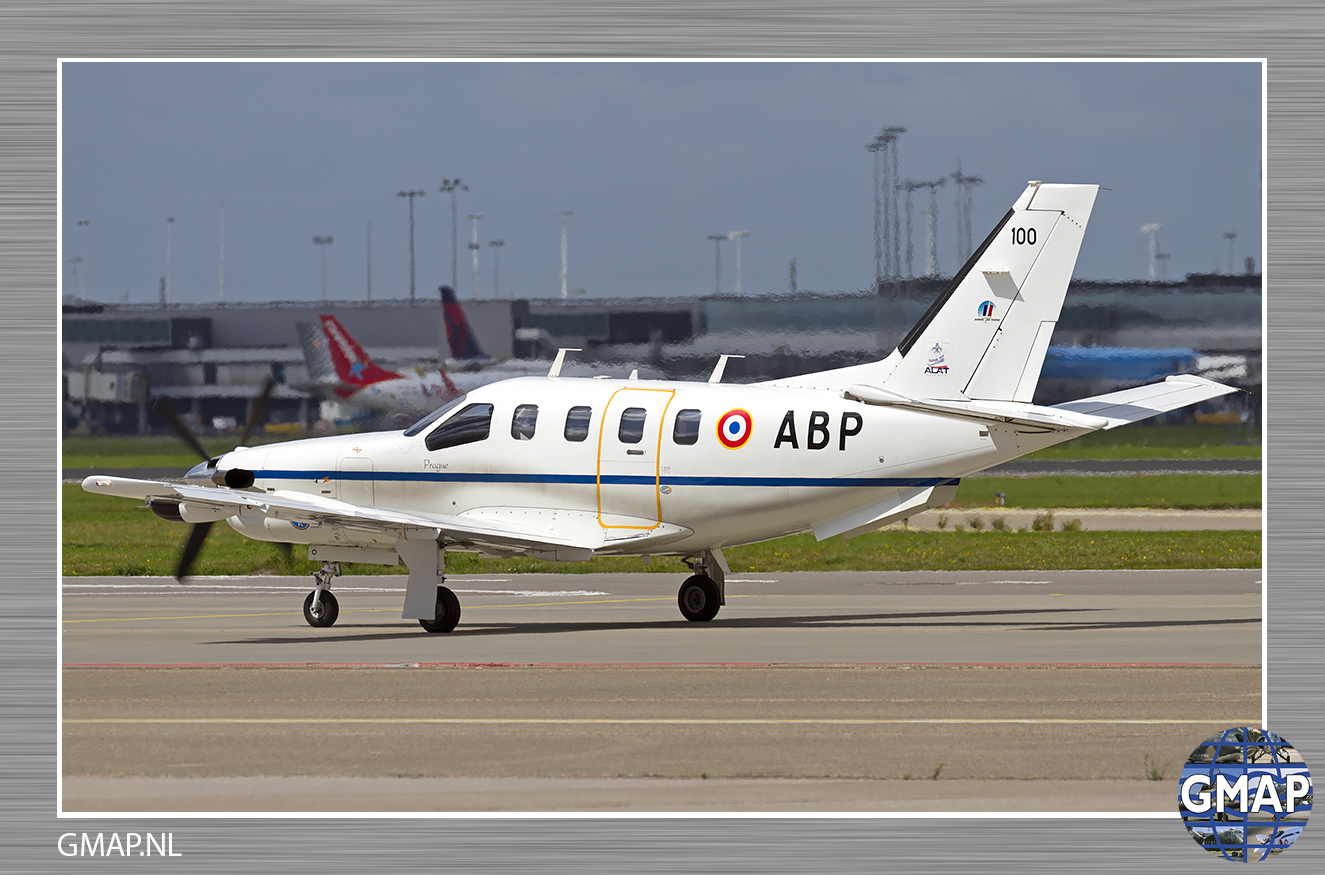 A French Aviation Légère de l’Armée de Terre (ALAT/French Army Light Aviation) TBM-700 with serial 100/ABP visited Schiphol international airport on August 4th 2017 after a flight from Gothenburg, Sweden. The airplane parked at the east side of Schiphol and left after a relatively short stop after his arrival to his final destination of that day: Dublin, Ireland.

VARIOUS PICTURES FROM ALL OVER THE GLOBE