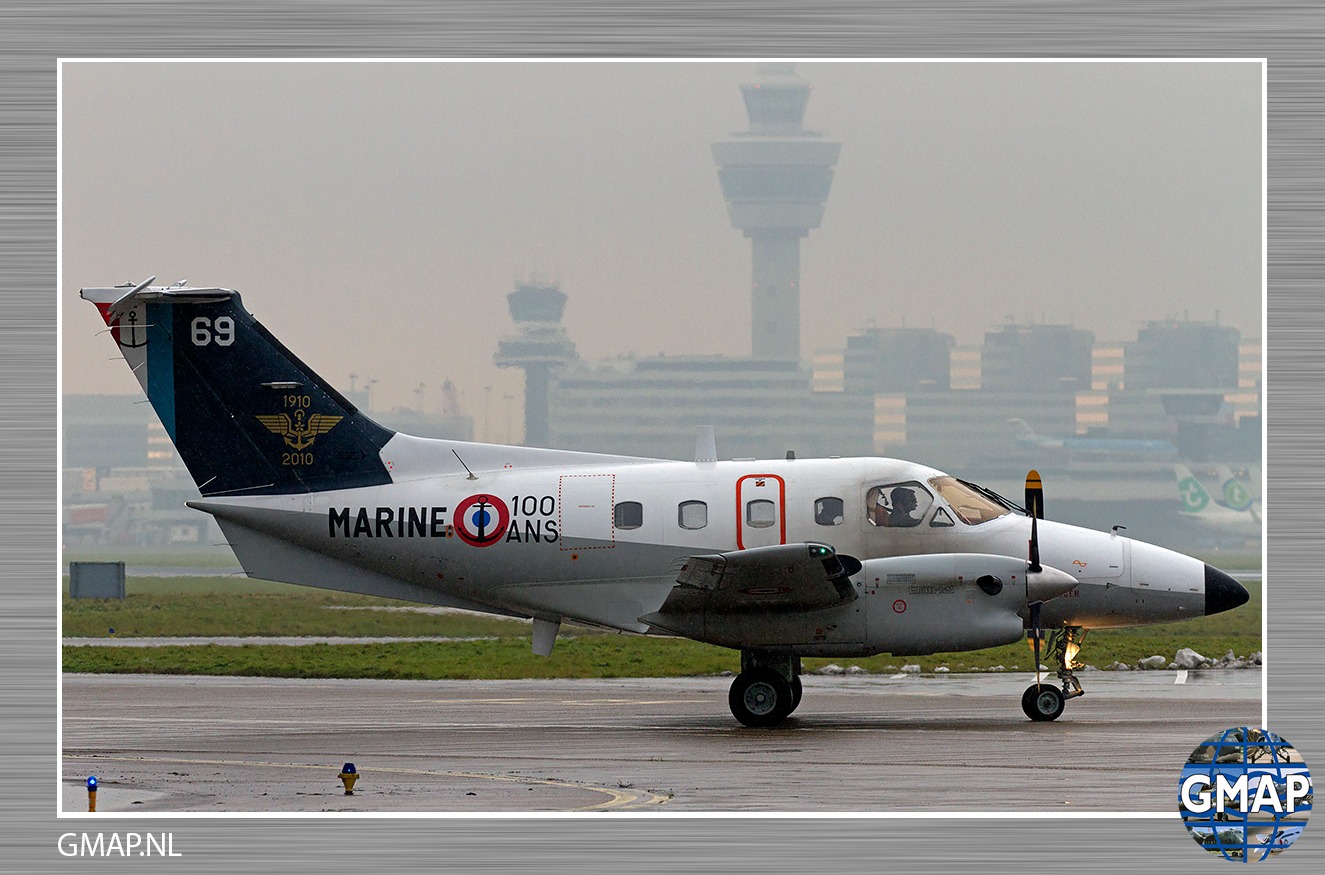 French Marine Embraer EMB-121 Xingu with serial 69 and special tail markings made a stop at Schiphol Airport on December 15th and was parked at the east side of Schiphol. In some real bad winter weather Hans van der Wilt was able to capture this French Marine EMB-121 during his stop.
The Embraer EMB 121 Xingu is a twin-turboprop fixed-wing aircraft built by the Brazilian aircraft manufacturer, Embraer. The design of this plane is based on the EMB 110 Bandeirante. 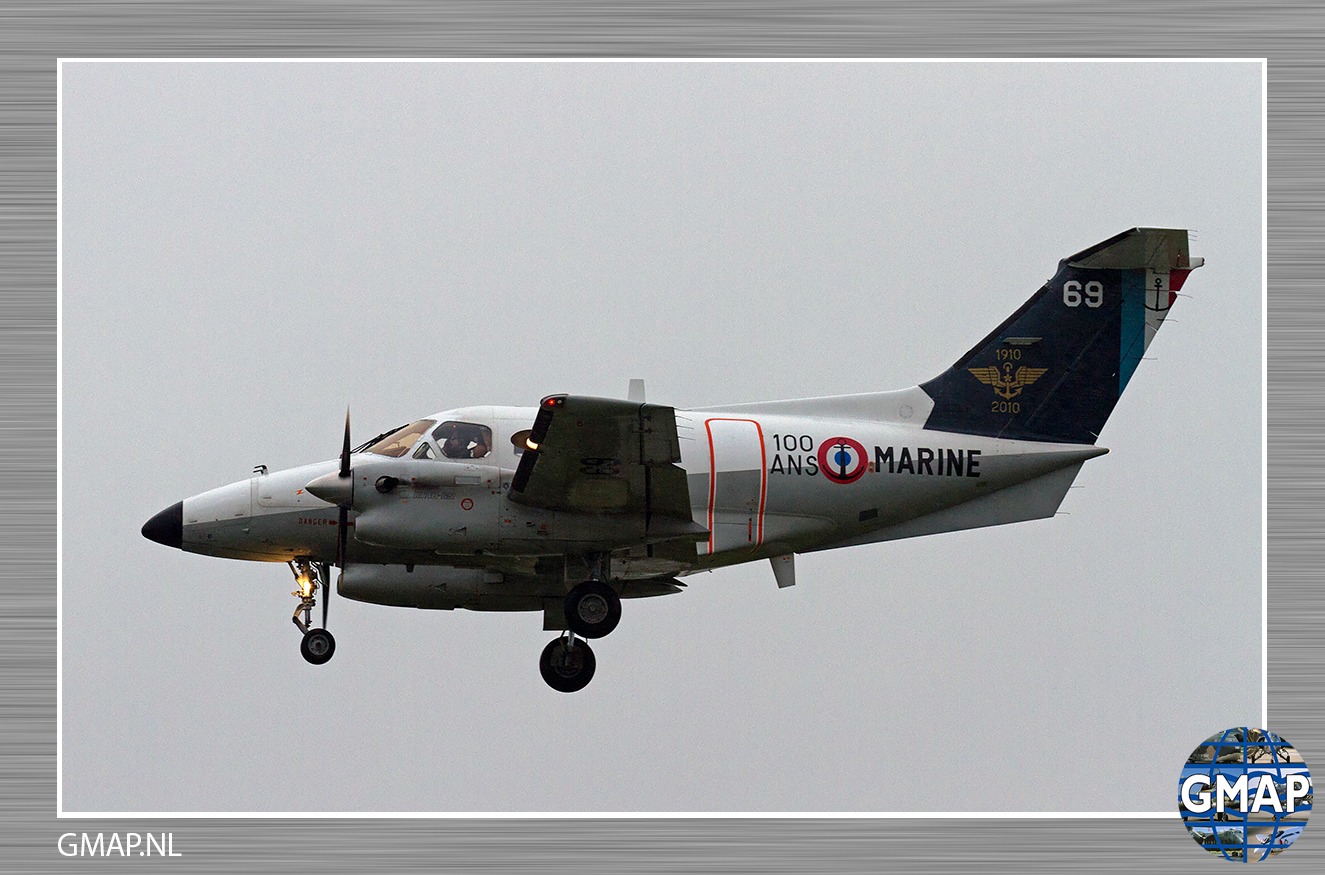