In August we visited Austria during the summer holidays and stayed in Europe due to covid-19. We originally planned to report from Davis Monthan (AMARG) but due to travel restrictions with Covid it was not possible to travel to the USA.

In Austria we only visited the airbase Zeltweg to see the based Eurofighter Typhoons in  action before they are possibly sold to another country. Austria likes to buy off these Eurofighters and is actively looking for a new buyer for their 15 operational Eurofighters
All the 15 operational Eurofighters have been in service since September 2009 and operate all from Zeltweg in two Staffels (Staffel 1 & Staffel 2). When the Eurofighters are going to fly an operational mission you can easily identify this from the public road. On top of these garage boxes a red light will flash and then you know that in this specific box the Eurofighter Typhoon has started his engines and will taxi out soon.
On the east side of the runway there are two taxiways and only the closest taxiway is used by the typhoons when going into take-off without afterburner.

In addition to the operational Eurofighters, there is also the Austrian Air Force pilot training active at Zeltweg which fly with 17 pilatus pc-7’s and with the 4 new DA-40NG aircraft. In addition to this pilot training, also the Fliegerwerf 2 is stationed at Zeltweg where they carry out maintenance on the Eurofighter, pc-7 and saab-105OE. During our visit two saab-105’s were seen for an engine test at the Fliegerwerf just before their return to Linz to join the final operational S-105OE’s. All the Saab-105 jets in the Austrian Air Force will be phased out at the end of 2020.

Zeltweg is hosting the following squadrons: 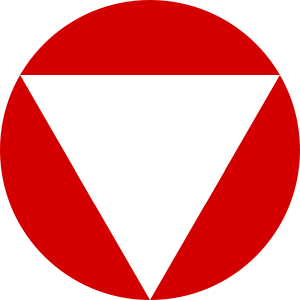