AMARG traces its heritage back to 1946 when the 4105th Army Air Base Unit was established to store and manage vast numbers of surplus World War II aircraft, but the Group has since evolved.  Today, AMARG has five major mission elements in direct support of the warfighter–the highly skilled 620-member workforce regenerates aircraft (restoring aircraft to flight capability); performs limited depot-level maintenance, complementing the Air Logistics Complexes; and, accomplishes aircraft parts reclamation. These are in addition to its historic aircraft storage and disposal functions.

The Group, is a major industrial facility, occupying 2,600 acres (four square miles) within Davis-Monthan Air Force Base.  The Group manages an inventory of approximately 4,000 aircraft representing approximately 80 different weapon systems.  The acquisition value of these aircraft is approximately $35 billion. 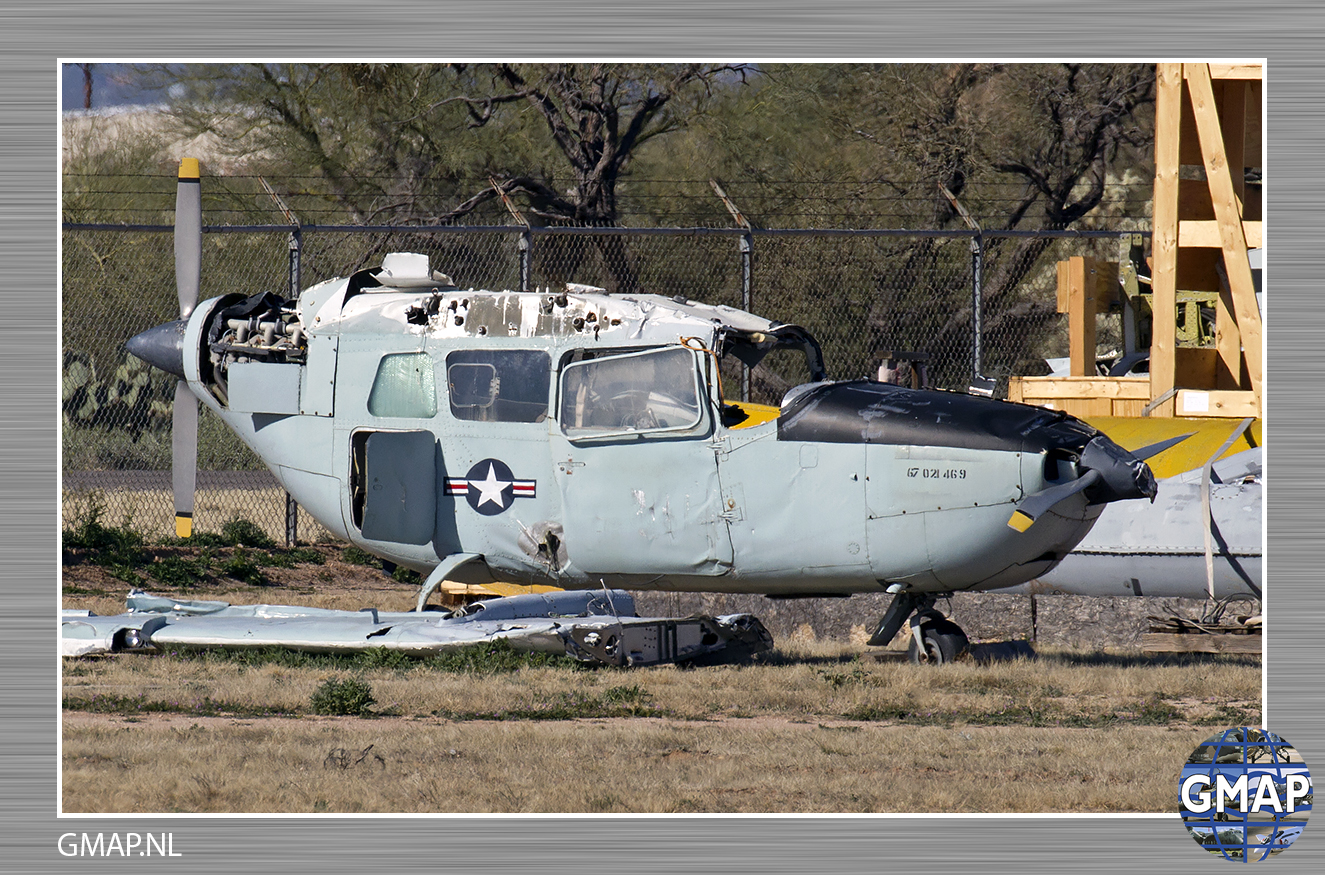 AMARG also stores more than 700,000 (latest post-inventory figures) line items of aircraft production tooling; these are jigs, dies, forms and other tooling used to build aircraft components prior to assembly.

AMARG does not “own” the aircraft and other assets stored here–they belong to the delivering military services and government agencies.  Each weapon system has a program manager who oversees the disposition of the aircraft.  Some of the aircraft stored at 309 AMARG belong to various aviation museums; i.e., the National Museum of the U.S. Air Force, the National Naval Aviation Museum, the Smithsonian National Air and Space Museum, etc.
The primary reasons for selecting Davis-Monthan as the site for aircraft storage were Tucson’s meager rainfall, low humidity, and alkaline soil. These conditions make it possible to store aircraft indefinitely with a minimum of deterioration and corrosion. In addition, the soil (called caliche) is hard, making it possible to park aircraft in the desert without constructing concrete or steel parking ramps.
Although the specifics change from year to year, and decade to decade, the following provides a more in-depth review of those activities that constitute AMARG’s five mission areas.
In the aircraft regeneration arena, AMARG is currently reactivating F-16 Fighting Falcons for the Air Force’s (Air Combat Command) and Navy’s full-scale aerial target or drone program; C-27s for the U.S. Coast Guard; and, various other aircraft for both the U.S. military and our foreign allies.
In terms of limited depot-level maintenance, AMARG is a geographically desirable location for quick-paced aircraft modification, repair and inspection referred to as the Desert Speed Line or DSL.

Aircraft preservation is 309 AMARG’s best known mission element, as the aircraft are highly visible from the surrounding Tucson, Ariz. streets and satellite images commonly available on the Internet.  Aircraft are placed in one of four storage categories–Type 1000 (inviolate – no part removals – these are candidates for future return to flight); Type 2000 (parts reclamation in support of the asset owner); Type 3000 (quick turnaround or flyable hold); and, Type 4000 (determined to be excess to the program manager’s needs, and available for reclamation by all services or government agencies.  Normally only engines and cockpit transparencies are preserved).

In a typical year, 309 AMARG performs reclamation of systems and parts to support customer requirements that average $500M.  Many of these systems are no longer in production, but are expected to remain in operational use until 2040 and beyond; thus, a ready supply of parts is constantly required.  These reclaimed items represent a direct savings to the taxpayer through cost avoidance for procurement of new items.
Once 309 AMARG has removed everything of value from a specific aircraft, the military services generally declare it excess and direct the Group to dispose of it.  AMARG environmentally cleans the aircraft (by removing hazardous and/or radiological materials), and transfers the aircraft to the Defense Logistics Agency or DLA for sale and/or final demilitarization.

With the latest developments in satelite mappings it is these days quit easy to have a look your self at the AMARG facility. Click on the link to open directly Bing Maps to explore AMARG from outer space by recent satelite images blended into one nice overview.